Just like Cenk Uygur announced on the main show, the idea is head-to-head competitions like March Madness, except with progressive policies:

The first poll just went live! There will be two polls every day to decide which policy goes on to the next round.

If you don’t already you can make sure you’re following @TYTArmy3 on Twitter and tap the bell on Twitter to get alerts when the next poll is posted. May the best policy win! 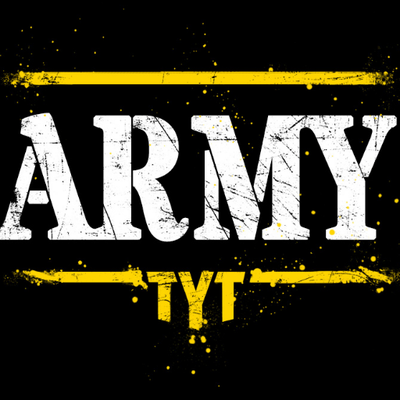 @TYTArmy3
Welcome to #ProgressiveMarchMadness ROUND 1: Which progressive policy do you think is most important? Stay tuned for round 2 tonight!
1 Like
eclecticmisc March 13, 2022, 7:00pm #2

Here’s a tweet with a video of Cenk announcing it on the main show: 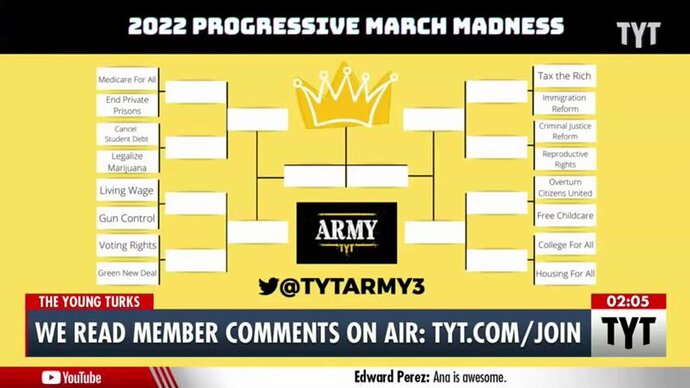 @TYTArmy3
What are YOUR progressive priorities? Starting today, Mar 13, sixteen policies go head-to-head in TYT Army's #ProgressiveMarchMadness. Which one will win? @cenkuygur talks about Progressive March Madness & #TYTArmy. Be sure to vote in our Twitter polls starting March 13! https://t.co/BcJIa2M3a8
2 Likes