Just a recommendation. I supported Warren because I felt tactically she supports capitalism but believes in regulation and integrity. And she does a pretty good job of living it and executing it.

The term socialist with any added word on it just won’t sell. If Bernie had never had the word socialist attached to him and said he was a capitalist but with the exact same policies how many percentage points difference would that make?

Obviously he can’t walk things back because of his age and feels no need to do so. But tying ourselves to the word socialism when honestly we just want specific policies is like adding a 50 lb weight you carry around. The labels are irrelevant.

Just under 50% of progressives voted for Warren.

If you are going to say you are a socialist it brings into question simply your sanity in this country. It sounds crazy to many people. That’s an issue. The fact you have to explain it also is a turn off. You have already undermined the conversation.

Please drop the word socialism. Reclaim capitalism but with strong labor voice like the Nordic model.

Missing things here are the fact we have no labor unions. And our unions are not very good. Progressives need to go to the Scandinavian countries, train, learn and maybe even ask for help. How do we import what works from them and is it even possible in our minority rule beat up republic?

All of these are discussions that progressives need to start having and finding targets that we as a society can agree to gravitate towards. Drop identity politics but call for the end of police abuse. If moderates claim police reform jump on it though they have lied and hold them to it. Where is the reform? Let’s go. They instead say defund constantly and do nothing. So reform and let’s go.

I say consider dropping the terms socialism. Aim for the Nordic model where they are happy. This requires long term effort to not only change the economics of the USA and the politics but also the fundamental republic we stand upon. But that foundation is closer to where we were compared to what we are in some ways.

For example a representative at one time could not have more than 30,000 citizens otherwise we needed a new rep. If we put that back into play right now for example there would no zero threat of republicans stealing power in this country. Because democracy works. They would never be able to capture the house of representatives ever as there would be to many voices to stop them.

I absolutely disagree, I think that is a terrible idea. The red scare and decades of propaganda, misinformation, and persecution of the left wing and leftists and even in the 1920s, union members, in America, under the guise of anticommunism and has indeed made “socialist” a scary and undermining term and reduced the American ‘far’ left. But that doesn’t mean we accept defeat and just cow tow to the right wing who wants us to do just that. Stand up for it, spread the ideas, correct the problems and misinfo, and push back against when anyone says “just be a capitalist” As a Socialist, I completely understand the tactical necessity to appear as a capitalist, like a social democrat, which is more publicly appealing. However, I am and would never abandon it entirely and think it is utterly idiotic and counterproductive to further reduce and disenfranchise our movement by pushing for the exact same thing the far right and corporate POSs wants.

Sure if TYT wants me to instantly cancel my subscription. I am not only socialist but explicitly anti-Capitalist - I don’t believe there’s any option in participating in Capitalism presently but I do believe it is a system we have to strive to leave behind. I understand Cenk and many others in the movement still have some notion of pure Capitalism not being innately harmful to human well-being and the planet but they are wrong and so far they have been welcoming to those of us who disagree.

That’s the thing, no one is a socialist.

If you talk with anyone outside of the USA, you have to first start with, "Yes, I understand I am.not a Socialist, but a Social Democrat. Unfortunately, that’s not what’s going on here, this isn’t a misunderstanding, but an attempt by fascism.

Do you mean no one in the US is a socialist? Because the majority of British millennials are socialists: 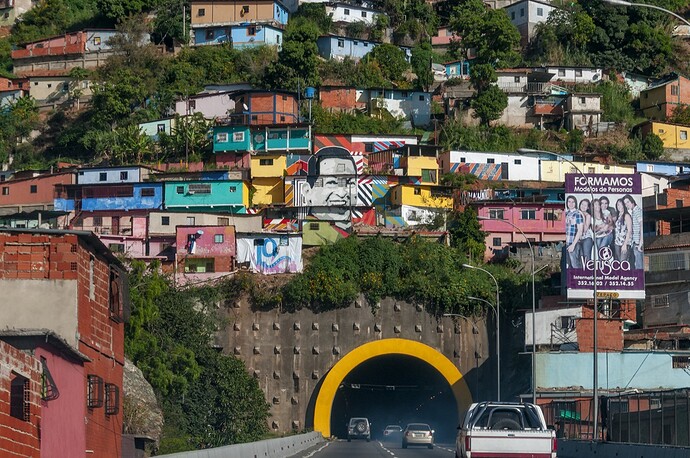 A majority of young Britons would like to live under a socialist economic system, according to new research.

As a Norwegian-American, I disagree with your use of the “Nordic Model”. Norway has socialistic control of oil and electricity production to finance our socialistic programs such as free healthcare, education ( ALL EDUCATION including pre K and Universities) Also many companies in Norway are state-run or state-owned such as utilities, mail, rail transport, airlines, electrical power industry, fossil fuels, chemical industry, steel mill, electronics industry, machine industry, automotive industry, aerospace manufacturer, shipbuilding, and the arms industry. (Wikipedia source) Having PUBLIC CONTROL of means of production is what socialism largely is, the people control what to do with natural resources and critical products such as transportation methods and military tools. All of this without leaving out some of it socializes the gains and responsibilities of the things that are the minimal requirements for people having fair and equal opportunity for economic potential.

Just having a strong labor voice isn’t what makes Norway such a fair and healthy country.

Retiring the word isn’t the solution you cant just pick and choose vocabulary to make things palatable, you need to use the correct terms to describe the actual truth. Teach Americans what Socialism actually is, don’t ignore it.

I mean if you ask anyone outside the USA, everyone would tell you that Americans don’t know what Socialism means.

Every single one will ask in some way, for good measure, “You know there are no Socialists in America right? You have Social Democrats.”
Which we as Americans have to oblige and acknowledge that we do in fact speak of political science based on educational standards, and not media propaganda definitions.

It is exhausting, but a necessary measure to be sure.

Education and correction of fearmongering will always win out in the end. The reason France then America rose up against their respective monarchies was the enlightenment period , where education became more widespread! Norway’s constitution was also written with the French and American documents as inspiration

America is already a Capitalistic Social Democracy. Same as Norway, the difference is where the the scale dips. Republicans like Medicare/Medicaid social security/ VA . They just don’t realize the same social funding can be applied to education and other stuff

That’s all considered Socialism here in the USA.
This has nothing to do with what kind of government we are, I’m talking about our perceptions on politics.

Education is right, unfortunately, our Red for Ed efforts got low balled, and now our entire education system is being demonized for prioritizing our children’s safety.
Our Medical Institutions have also been similarly smeared to the point where people use the word “science” like they would “magic”.

We’re still debating the effective of masks over here, the vaccine is available for every man, woman, and child (and everyone in between) yet we can barely get to half… HALF!!!
Our civil servants are short staffed from vaccine mandates.
You would think it was because they’re quitting because of vaccine mandates right?
No! The biggest issue is covid sickness!

The labor shortage doesn’t help.
Minimum wage doesn’t help.
The complete lack of sensible gun laws doesn’t help.
Every idea to help the situation is condemned as “woke left nonsense”.
Because “trickle down economics”, where the wealthy hold on to dear life from allowing their wealth to trickle.

I can assure you from personal experience, Americans have been trickled on for at least 2 decades.
It has nothing to do with better compensation.

Words that should never be used to describe others we share our planet with:

That is only the start of how Americans speak when refering to another race. Clearly America has a long way to go. Does anyone agree or sisagree?

If they were enlightened then why act like savages when taking land that never belonged to them nor had a right to take? And if they believe in Jesus how do they justify the slaughter of millions in God’s name? Last if the Constitution was real then why from day one did they further the North Atlantic Slave trade when clearly the Constitution of the United States is the law of the land and it states slavery is prohibited with its borders. Yet by 1860 slavery was more than 50% of US GDP? How are these facts justified?

Also Norway is Lutheran not catholic that made a big difference, Lutheran Christianity values social responsibility and good much more than Catholicism does.

Compared to the rights of the general public before and after the French resolution Id say the result is a more enlightened populace and government, yes. obviously we have improved since then… this is very basic history. “Let them eat cake” ??

Your string of questions leads me to believe you misunderstood what I wrote and they sound like you’re putting me on blast. Do you have an opinion?

Televangelists disqualify the USA from moral righteousness, our savagery is not contested, we’ve proven ourselves with a 20 year war.

That’s not to say the rest of the world knows how to judge, the act of judgement is in of itself a sin against Christianity.

If the USA…
no, we are not enlightened or civilized, and we recognize that we are from it.

And then there are the belligerent savages that understand Q’s conspiracy theories.

There’s a whole spectrum of ignorance going on here in the US, let’s not confuse the discussion.

I completely agree that many are steered far off the proper and enlightened path in the USA. Thankfully it’s still a minority that is vary far out there. But I feel like the majority isn’t that invested in rooting out the corruption either. As a person from Norway I feel like my feet are on fire when I look at the political landscape of the USA. I’m mindblown thinking of how obvious the corruption is and how not freaked most of people are.